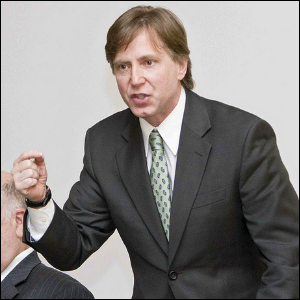 Mr. Hetznecker has devoted his professional career to advocating for the rights of his clients inside the courtroom. Regardless of the crime, each person charged has the right to a zealous attorney. Whether protecting the rights of the accused in the criminal justice system, or vindicating those rights as a civil rights lawyer, Mr. Hetznecker affirms his role as an advocate. "Advocating for my clients, I serve as one of many guardians in this watch over the power of the state, protecting the rights guaranteed under the Constitution, one client at a time."


Paul J. Hetznecker began his career as a staff attorney with the Defender Association of Philadelphia in 1987. After several successful years in the major trial division, Mr. Hetznecker was appointed to the Special Defense Unit, assigned to handle complex and high profile cases. Since entering private practice in 1993, Paul J. Hetznecker has aggressively defended his clients in both federal and state court. With a wide ranging federal practice, Mr. Hetznecker has secured acquittals in numerous federal cases including fraud, drug conspiracy, weapons charges, bank robbery, extortion and assault. In addition to his victories at trial, Mr. Hetznecker has saved his federal clients thousands of years of incarceration through skillful negotiation and creative advocacy at sentencing.

For more than two decades Paul Hetznecker has offered his services to hundreds of political and labor activists, including mushroom workers in Chester County, The Brandywine Peace Community, The Catholic Worker, Pennsylvania Abolitionists Against the Death Penalty, along with numerous anti-war, animal rights and environmental activists. In 2000, Paul Hetznecker, along with a team of pro bono lawyers, successfully represented hundreds of protestors arrested during the Republican National Convention in Philadelphia. From 2011 through 2013, again with a team of pro bono lawyers, Paul Hetznecker successfully represented members of Occupy Philly movement charged with various offenses stemming from their political protests. 
Following the revelation of illegal government surveillance of anti-war activists in 2006, Paul J. Hetznecker, along with area peace groups and the American Civil Liberties Union,(ACLU), helped to organize the "Don't Spy on Me" campaign. This effort was designed to raise awareness regarding unlawful government domestic surveillance.


In 2010, following the disclosure of internet surveillance of more than 300 groups and individuals by a private company working for the Pennsylvania Department of Homeland Security, Paul J. Hetznecker along with numerous other organizations, including the ACLU, started the First Amendment Network. This group has served as a watchdog, raising public awareness and providing information regarding surveillance of activity that is protected by the First Amendment. For Paul J. Hetznecker, the fight for justice inside the courtroom is directly connected to the quest for social justice in our society.


Co-Founder of the X-Philly Defenders, an association of former staff attorneys from the Defender Association of Philadelphia. 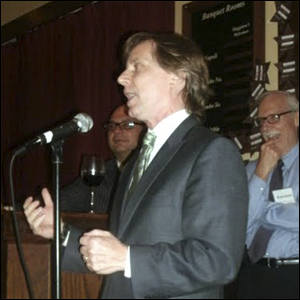 President of the Board of Directors of the Defender Association of Philadelphia. 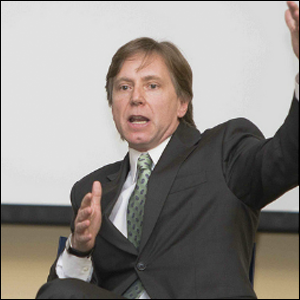 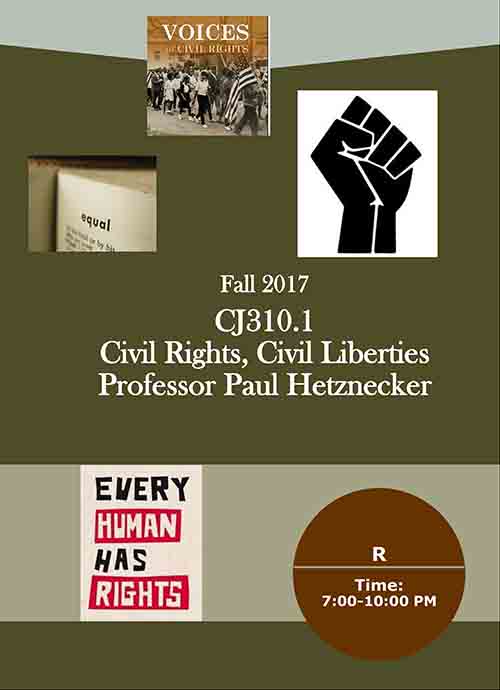 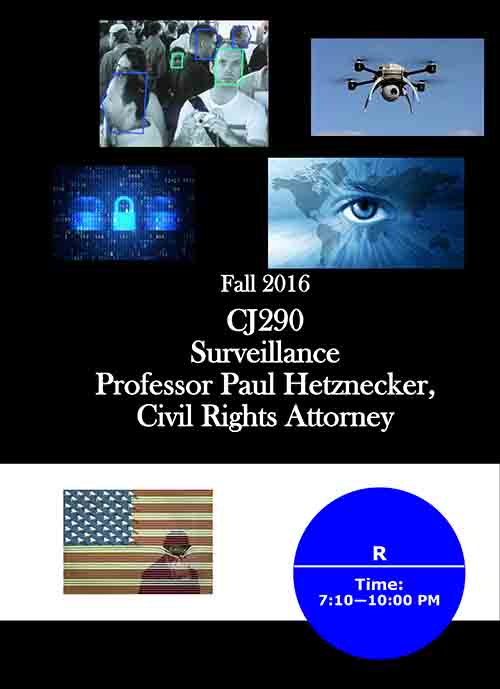 A standing-room only audience gathered in a lecture room in Hilles Hall on Wednesday night for a panel discussion. The event, titled "Life After Life: Reflections on Justice," was sponsored by the Center for Peace and Global Citizenship (CPGC) and featured Tyrone Werts, who spent much of his adult life in prison on a murder charge.


Pennsylvania's "life means life" policy, which mandates a life without parole sentence for defendants convicted of first and second degree murder, was one of the evening's most heavily discussed topics. Paul J. Hetznecker, a Philadelphia-based civil rights and criminal defense attorney, stressed the importance of the defense attorney as the last line of defense for the constitution, particularly when juries are denied the information that a second degree murder guilty verdict carries a guaranteed life sentence.